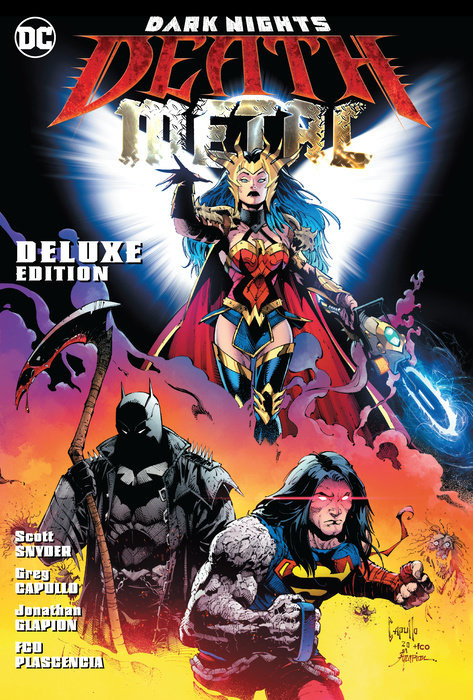 The last concert of the DC Universe!

Unleash the beast and let the headbanging begin! When the Earth is enveloped by the Dark Multiverse, the Justice League is at the mercy of the Batman Who Laughs. Humanity struggles to survive in a hellish landscape twisted beyond recognition, while Batman, Wonder Woman, and Superman have all been separated and fight to survive. The heroes will need to fight their way across their demonic new home and come face-to-face with their entire history in order to stop the Batman Who Laughs once and for all! They’re playing all the hits and teaming up with classic collaborators in this final tour of the entire DC Universe!