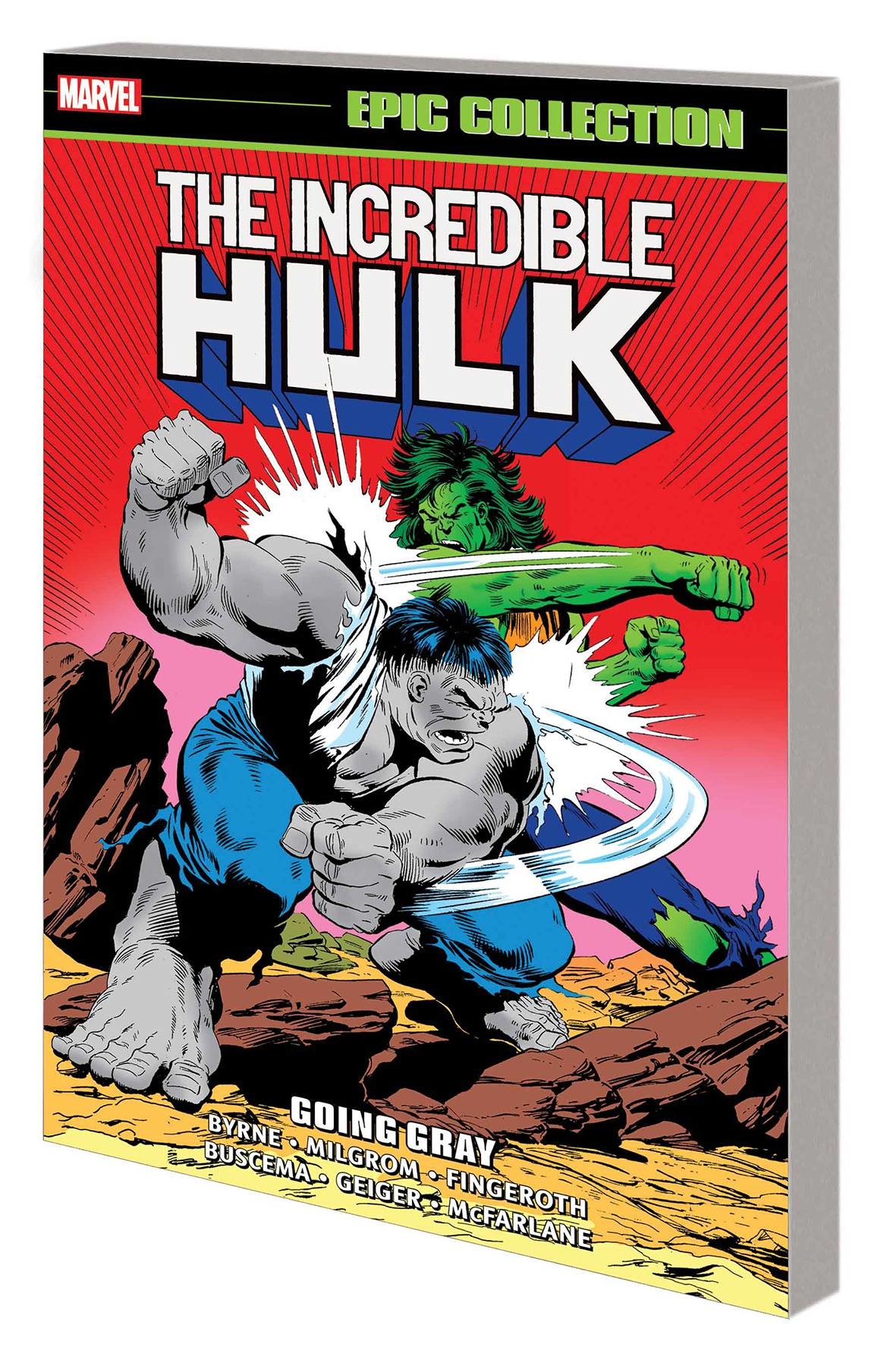 Strange changes for the Hulk! Doc Samson has a wild plan to separate Bruce Banner and the Hulk for good - but can Banner survive without his emerald alter ego? And can the planet survive a rampaging, Banner-less Hulk? As the Avengers battle the behemoth, a new team of Hulkbusters forms - and Bruce, seemingly free at last, finally finds happiness with Betty Ross! But two halves of a whole can't stay apart forever, and the Hulk that returns is surlier, craftier - and gray! But if this is the Hulk, then who's the long-haired green giant smashing up the American Southwest? And which longtime supporting character will meet their maker? Featuring the complete classic John Byrne run - and the status quo-smashing setup to Peter David's multiyear epic! Collecting INCREDIBLE HULK (1968) #314-330 and ANNUAL #14-15, and material from MARVEL FANFARE (1982) #29.
512 PGS./Rated T