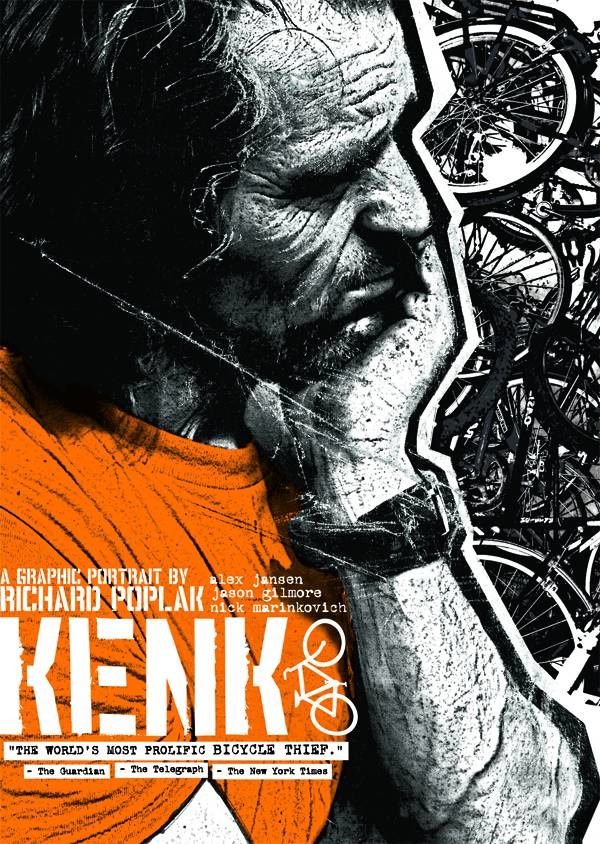 Kenk is a groundbreaking journalistic graphic novel surrounding Igor Kenk, "the world's most prolific bicycle thief." In Summer 2008, Kenk was arrested and nearly 3,000 bicycles were seized in one of the biggest news stories of the year. Kenk is a portrait of an outsize neighbourhood figure and a city in flux, both wracked by the forces of gentrification and by a burgeoning global environmental and economic crisis that promises to define our future.