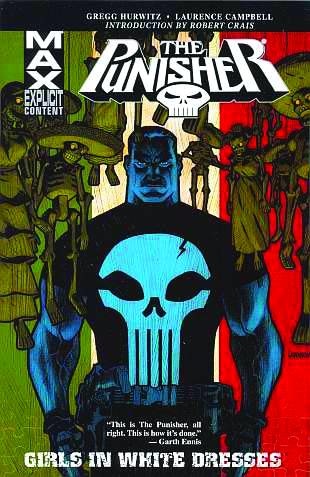 Best-selling crime novelist Gregg Hurwitz (The Kill Clause, The Crime Writer) and Laurence Campbell (PUNISHER ANNUAL: THE HUNTED) bring you a tale of death, depravity and revenge south of the border. In black vans and under cover of night, they descend on the little Mexican town of Tierra Rota, abducting its women and returning them days later like broken dolls. And no one can stop them. That is, until one brave soul approaches Frank Castle with his heart in one hand and a bag full of money in the other. Now Frank's no bounty hunter, and definitely no hero, but there are some things the Punisher just can't abide. Collecting PUNISHER MAX #61-65.
120 PGS./Explicit Content